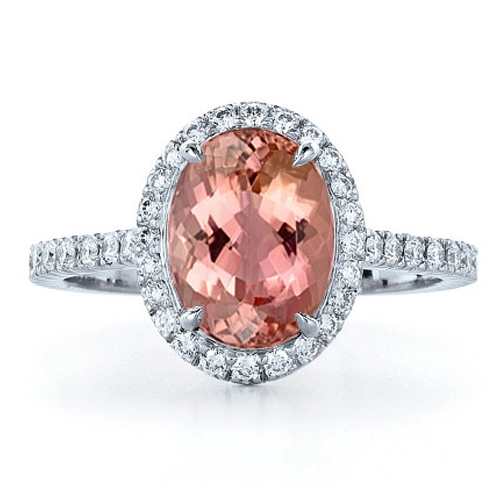 Topaz is often colourless and transparent but it also comes in blue, yellow, reddish-orange, or blue brown. The rarest and most valued natural colour is pink.

Imperial Topaz was once mined in Russia and is named in honor of the tsarinas, Russian noblewomen of the 1800’s, who prized its luxurious golden-sherry hues.

In the middle Ages, the word topaz was used to refer to any yellow gemstone, but in modern times it denotes only the silicates described above.

A faceted topaz weighing 22,892.50 carats, being the largest cut yellow topaz in the world, is displayed at the Smithsonian Museum’s collection (USA).

Imperial Topaz occurs in distinctive colours including peach, pink, orange or champagne and is the rarest of the topaz varieties. The primary source is the Ouro Preto mines of Minas Gerais, Brazil.

The Imperial topaz may be given on the 4th and 23rd wedding anniversary whilst Orange topaz, (also known as precious topaz), is the traditional November birthstone and the symbol of friendship.

Bring serenity to all those who wear the beautiful blue of Topaz. It’s no wonder this gemstone has stolen the hearts of many.